Posted on April 2, 2015 by lifeisjustduckie

I was excited to see ’71.  It documents a British soldier’s experiences over a night in Belfast during The Troubles.  In 2012 I went to Belfast for two weeks with my school.  We learned about The Troubles and heard from active participants on either side.

I loved the movie.  I thought the story, the actors, the visual elements, and the production values were wonderful.  It feels like a documentary, which helped get you immediately invested.

I really enjoyed the costume design as well.  The soldier takes a sweater from a clothesline and I spent a few seconds debating if I could make it.  Being set in the 70s there were wonderful suits and fun short dresses.  The colour palette was very muted; a lot of neutrals with the men’s clothing and uniforms with brighter additions on the women and children.

The movie was fast-paced, packing a lot of story into a short amount of time.  At times I was a little skeptical about the events as they were unfolding, but it definitely helped to keep me interested in the story.  I was a little confused about who was on which side until almost the end of the movie; I’m not sure if that was intentional or if I didn’t pay enough attention, but the confusion lent itself very well to the “I don’t know who to trust” theme.

While ’71 might not be everyone’s cup of tea, I definitely recommend it. 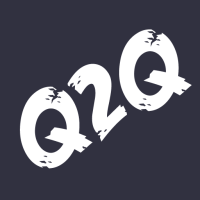 notes from a mad housewife

Come Dance With Us!

Baking, Making, and Crafting
Check It Out

Life and Books Musings of a Retired Teacher Librarian

Crafting is my life